Electronic gadgets are all around the world. Every device requires a battery which is usually charged by power chords based on power specification of the device. There are advancements in technology to power up the device in minimal time and research is being done all the year to make it efficient. Now we are into next generation, wireless charging where the… Read More » 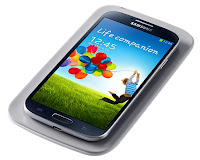 We have been using desktops for a very long time with the physical design of it remainning the same. There were some innovations made to desktops by companies like Alienware, Razerzone with LEDs to make it look better and attractive. But the overall shape has remained same for years. Have you ever… Read More »

The following shell script can be used to monitor Elasticsearch servers. The basic idea is that the server (IP:9200) will respond with a color code(Green, Red and Yellow). We use the color code to know the status of the server and notify the users through configured E-Mail addresses. An E-Mail… Read More »

Mobiles & Tablets
Smartphones – How we use them
BY Raghavendar T S