IllumiRoom – An Augmented Reality for nxtGen Xbox with Kinect
This entry was posted in Gaming, Virtual Reality on March 6, 2013 by Raghavendar T S.

Digital entertainment is a part of daily life. We see a lot of movies, videos, games etc. Displays and the speakers are the two electronic products which gives us great experience. Considering the current generation   display technologies, some are LCD’s, TFT’s, LED’s, Projectors etc. Better the size and resolution of the displays, better will be the user experience. We will get immersed in those technologies. Particularly we will be able to experience movies and games better in projectors. The projectors are now been taken to next level by Microsoft with the concept of IllumiRoom which is now under research.

IllumiRoom is project where we get the augmented reality of the game we are playing in Xbox gaming console around the television screen to get enhanced gaming experience. IllumiRoom is integrated with the Kinect (motion controller) with the use of projector which creates the digital content of the game around the television screen in the our living room. It will creates an augmented reality of the digital world in the physical world which we live in. 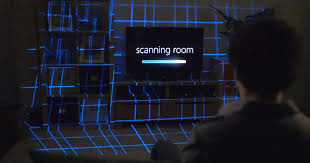 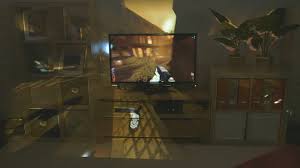