This article details about on how to create new events using custom filters in Logstash. There is already a SPLIT filter available in Logstash which can be used to split a single event into multiple events based on a delimiter. But that will not suit us in all the cases. So below is… Read More »

Gadgets are all over our place. We connect most of the gadgets with each other to share large displays. say for example most of us use laptops, desktops etc with large displays for better entertainment. we even use our smartphones connect to those display with HDMI cable. We use… Read More » 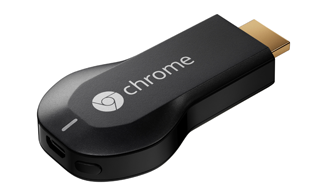 The internet was once a craze among people. Now it has become very much common. With the internet spread all over the world, the idea of social networking in internet came in picture. Social Networking created a great platform for every one including small-scale to large-scale industries. People were able to build… Read More »

Most of the electronic device or gadget we use has a display screen.  E.g. Desktop, Laptop, Smartphone etc. even the gaming consoles like Xbox and PlayStation require display to play. Watching movies, browsing etc are some of the common task done using such electronic devices. There are some applications or task… Read More »

Programming
Elasticsearch Java API – Get Type List from given Index